The state of Georgia has recognized Savannah-based Colonial Group with a Senate Resolution observing the 100th anniversary of the company’s founding on July 21, 1921. 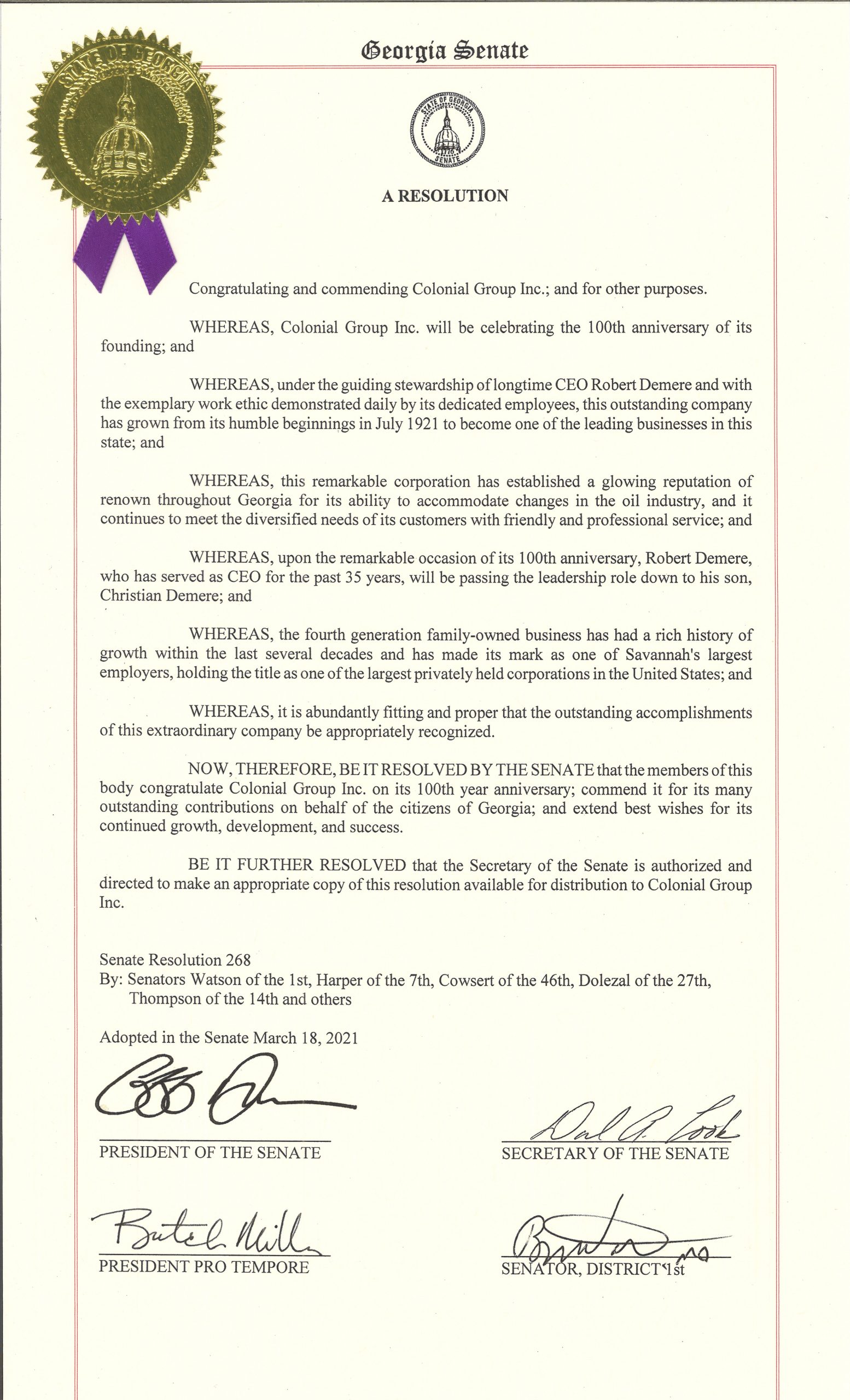