(SAVANNAH, GA) Savannah-based Colonial Group Inc. is preparing to mark a major milestone in the company’s history. On July 21, 2021, Colonial will be celebrating 100 years in business.

“When my grandfather, Raymond McAllister Demere, returned to Savannah after serving with distinction in World War I, he recognized the need to supply fuel for the new internal combustion engines powering vehicles replacing the horse and buggy,” said Robert H. Demere, Jr., chairman. "He established the company that would become Colonial Group in 1921 and built his first service station in 1923 at the corner of Drayton and Charlton.”

Demere Jr. represents the company’s third generation of family leadership and during his tenure as president and CEO, was responsible for much of the growth that led to the development of the company’s ten current divisions. Now, both of his sons, Christian and Houstoun, are continuing the legacy as fourth generation leaders.

“There were three generations and 100 years of leadership before me,” said Christian Demere, president and CEO. “Over the years there has been a lot of effort and sacrifice by many people to get the company where it is today. It’s a collective effort across the entire team of employees at Colonial and I take great comfort and pride in knowing how many incredible people we have that support the company.”

Today, Colonial Group is one of America’s largest privately held companies and has 10 active subsidiaries. Colonial operates in numerous states, employs over 2,000 people, spans diverse business sectors and continues to grow in the markets it serves.

The company plans to observe its 100th anniversary over the next several months with several activities and events. Among them are:

Additionally, a commemorative logo has been designed and will be used for several years to observe the company’s centennial of service.

Throughout Colonial Group’s year-long observances, members of its 2000-strong workforce, also known as the Colonial family, will reflect on the milestones achieved over the past 100 years, which include:

“We are grateful to be part of a family business that has served the Savannah community for many generations,” Demere said. “Colonial Group has led the way as an invaluable steward in the communities where it conducts business and the Demere family is dedicated to demonstrating a continued commitment to giving back through charitable contributions and volunteer efforts in the years to come.”

For more information about Colonial’s history and milestones, visit https://colonialgroupinc.com/about/history/ 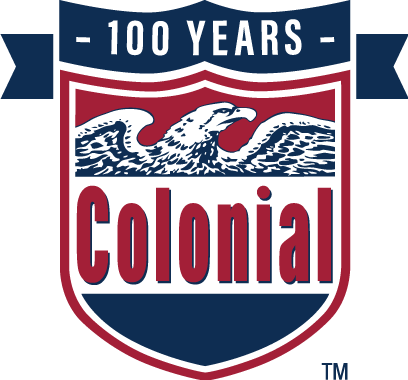