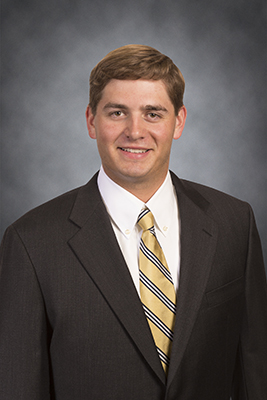 (SAVANNAH, GA) Savannah-based Colonial Group Inc. has announced a new era of leadership as it prepares to mark a major milestone in the company’s history in 2021.

Christian B. Demere has been named chief executive officer, succeeding his father, Robert H. Demere, Jr., who had been in the position since 1986. Colonial Group has continued to operate as a privately held business since 1921 through the chairmanships of its founder, Raymond Demere; his son, Robert H. Demere Sr.; and Robert’s son, Demere Jr.

Houstoun Demere currently serves as vice president of Business Development for one of the newer divisions of Colonial, the Savannah Yacht Center. Christian Demere has served as president of Colonial Group since 2018 and will retain that title as he assumes the position of chief executive officer.

“I know Houstoun and I both feel humbled to have the privilege to be a part of such an incredible legacy,” said the new CEO. “We are incredibly thankful for all of the sacrifice and effort that has occurred over 100 years to get us where we are today, not just by our family but by the many employees over the years. I reflect on all of this with a deep sense of gratitude and a desire to give it my all to keep it going and make it stronger.”

Demere Jr., who served as president from 1986 to 2018, will continue as chairman of the board of directors. During his tenure, he was responsible for much of the growth that led to the development of the company’s ten current divisions. Today, while Colonial Group is still headquartered in Savannah, it operates in numerous states, employs more than 2,000 people, spans diverse business sectors and continues to grow in the markets it serves.

“There is no doubt that much of the company’s growth to this point occurred under Dad’s leadership," said Demere. "But what is perhaps more remarkable is how that growth occurred. Dad has diversified the company very nicely over the years to strengthen our foundation while creating multiple channels for new areas of growth.”

The succession was announced as Colonial Group finalizes plans to observe its 100th anniversary over the next twelve months.

“Leading this company has its challenges and I have complete confidence in Christian’s ability to rise to meet them,” said Demere Jr. "He has put in the work to get to this point, he is surrounded by an incredible and experienced leadership team, and he understands this company from the inside out. It is in good hands as we enter our second century of service.”

After graduating from Notre Dame, Demere joined Colonial as a management trainee and spent several months in the field, learning the company from the ground up. That work led to management positions at Colonial’s Fuel and Lubricant Services division and its retail division, Enmarket, prior to moving into leadership roles with the parent company, Colonial Group.

Demere credits his father as his mentor during his leadership development, but also for continually doing what is best for the company and its employees, all while positioning Colonial Group to become one of America’s largest privately held companies.

“We are grateful to be part of a family business that has served the Savannah community for many generations,” Demere said. “Colonial Group has led the way as an invaluable steward in the communities it serves, and we are deeply committed to continuing this leadership through charitable giving and volunteer efforts in the years to come.”

Raymond McAllister Demere founded the American Oil Company on July 21, 1921, as Savannah’s first independent wholesale petroleum company, and he opened his first service station in Savannah in 1923. Renamed Colonial Oil in 1933, the company built its first independent ocean terminal on the Savannah River in 1934, contributing to the growth and diversification of the Port of Savannah. The fourth-generation family-owned company is now one of the Savannah area’s largest employers having expanded with multiple, diverse subsidiaries to become one of the largest privately held corporations in the United States.

For more information about Colonial’s history and milestones, visit https://colonialgroupinc.com/about/history/